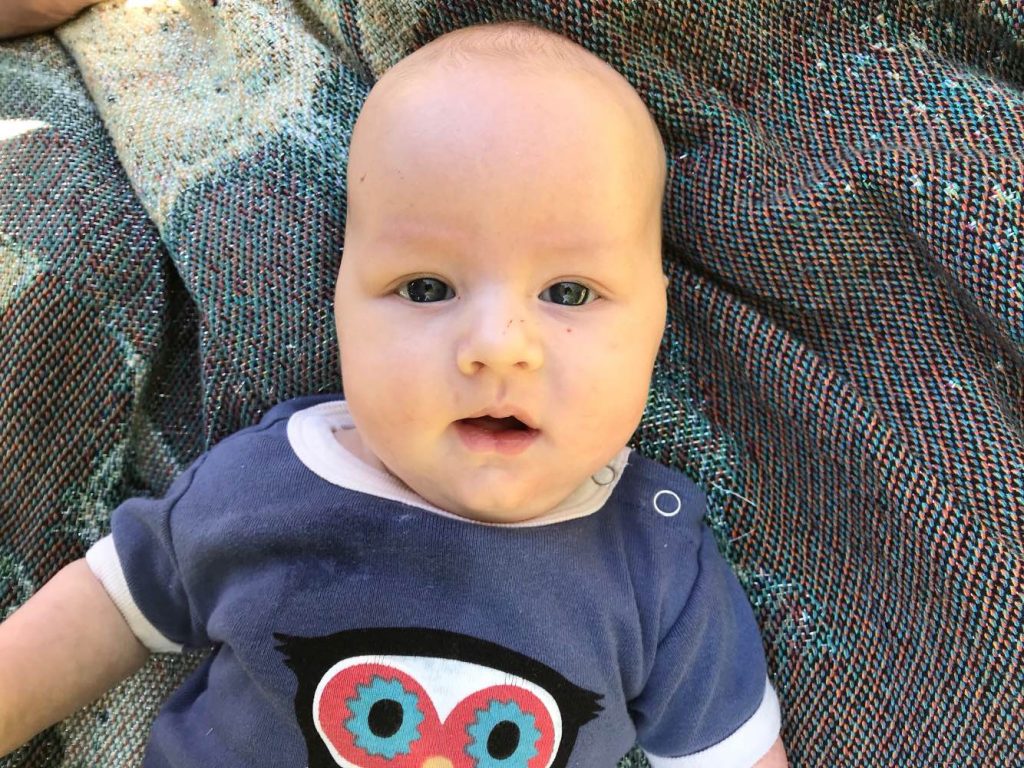 We’ve been home from the NICU for 2 weeks now and Charlie is doing great! It really seems like he’s more relaxed and happier now that he’s home. And so are we! We’ve taken him to 3 doctor appointments so far and have 4 more scheduled next week. After that we have a break from doctor appointments for a while.

Charlie has done good in his car trips to the doctors. Lacie sits in the backseat next to him with the portable suction device and takes care of him while I drive. And on all 3 trips he’s done good (just the normal amount of suctioning).

And at night we hook him up to the portable monitoring device which measure his breathing and heart rate. It’ll beep loud at us if his oxygen level dips down too far which would alert us to hop out of bed and suction his secretions out. But thankfully, this rarely happens. Most nights he sleeps, well, like a baby! Lacie will get up to suction him a few times during the night but for the most part he does great in his crib.

At night he gets continuos feeds through his g-tube at a rate of 50 mL per hour. The pump holds 200 mL so Lacie gets up to change it after 4 hours. During the day he gets bolus feeds, 110mL every 3 hours (11am, 2pm and 5pm). Lacie has been managing all his feeds these last 2 weeks but today was Training Day for me!

I was feeling like a real pro today after Lacie left and I got his feeds all set up by myself… but then I looked at the schedule she wrote down, which included giving him his medicine (he’s on the tail end of his antibiotics) and it said, “5:00 pm – Give medicine.” I looked at the clock and it was after 6:00 p.m. Oops! Luckily she got home 15 minutes after that and gave him his medicine.

So there you go, just wanted to give you all a snapshot into what life’s like at home with Charlie. And here’s some photos and a video from the last 2 weeks. 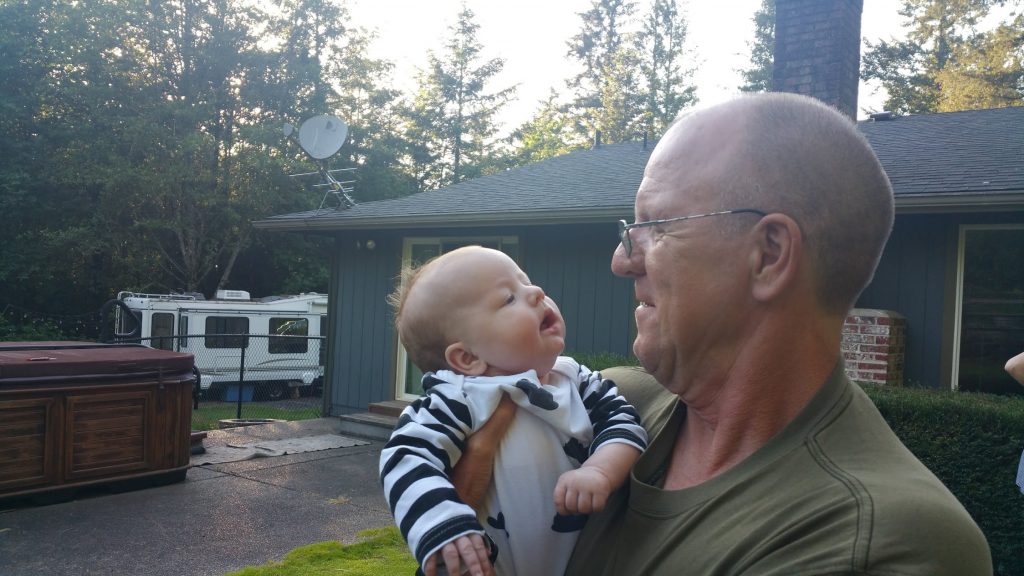 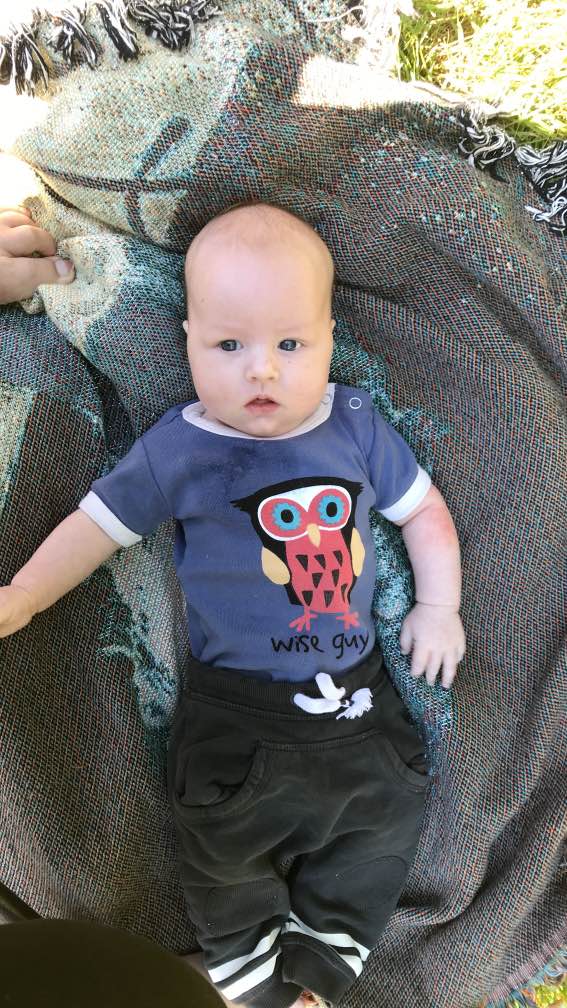 Hanging out in the backyard. 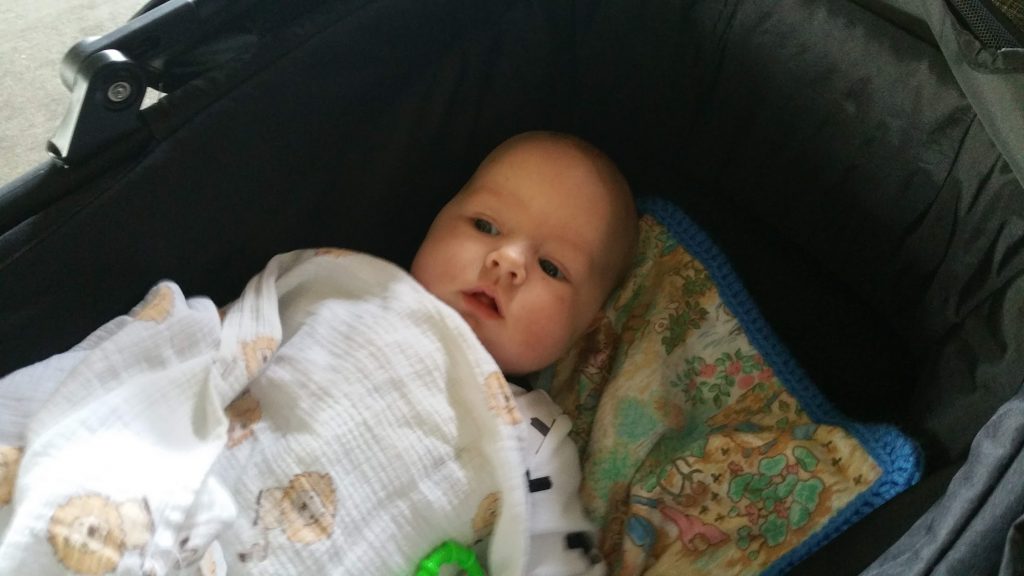 On his way to the doctor. 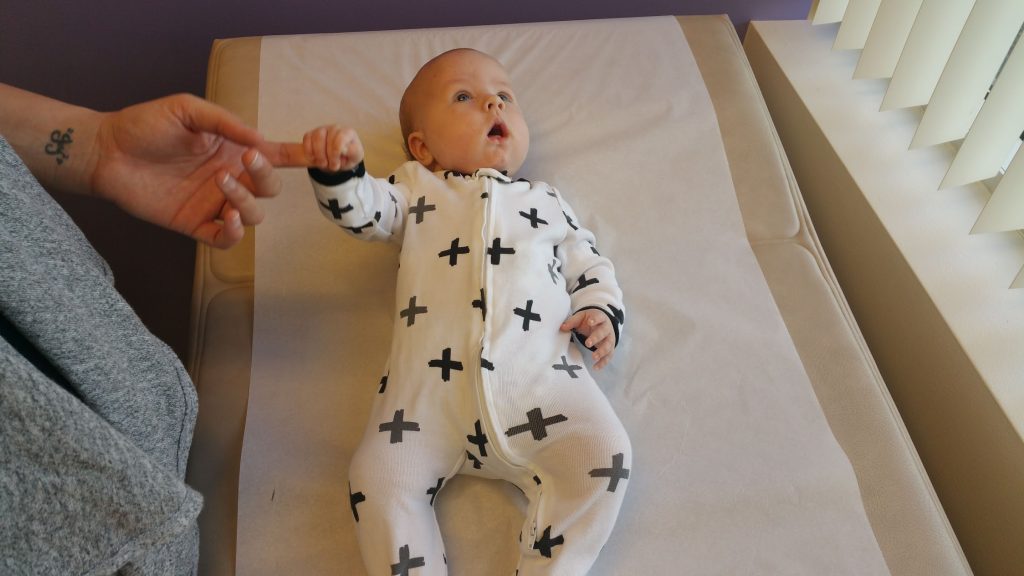 Charlie waiting for the doctor. 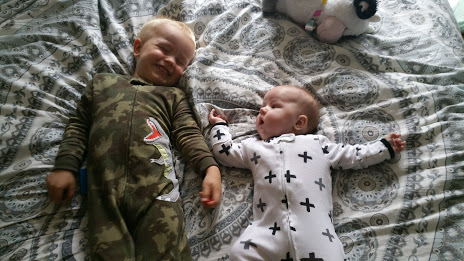 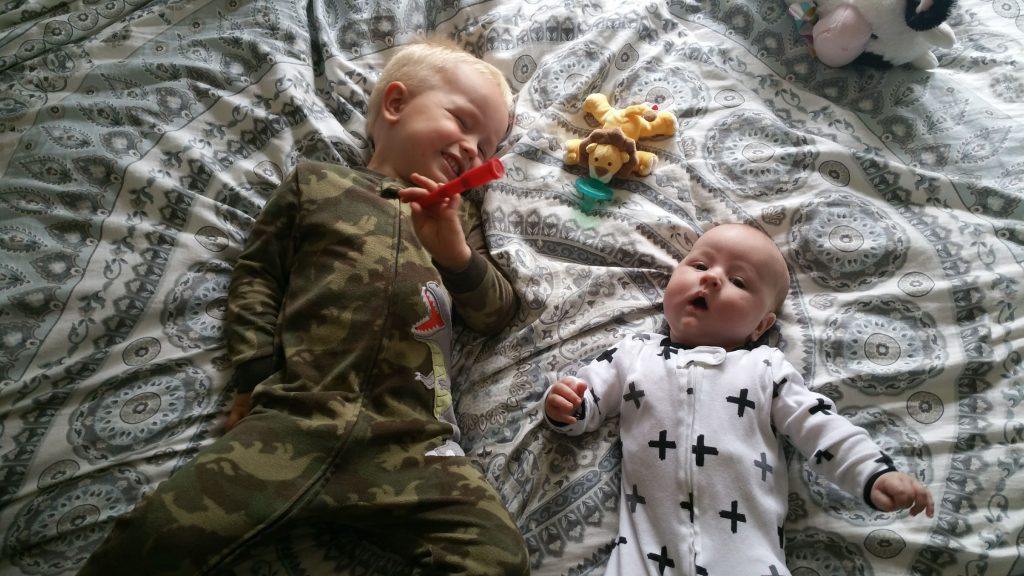 Charlie was crying until Benji came and talked to him. 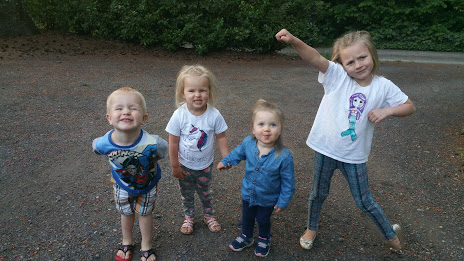 Took the kids (and Cousin Lizzy) for a walk.