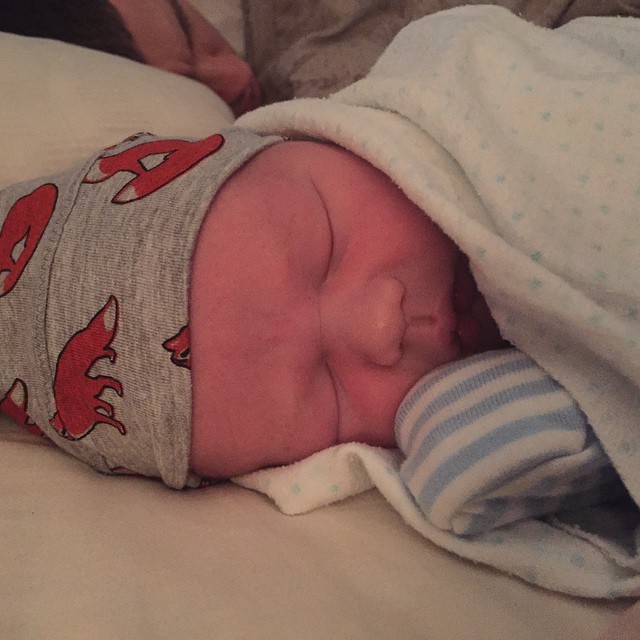 And here’s another one from the day he was born (or maybe it was the next day): 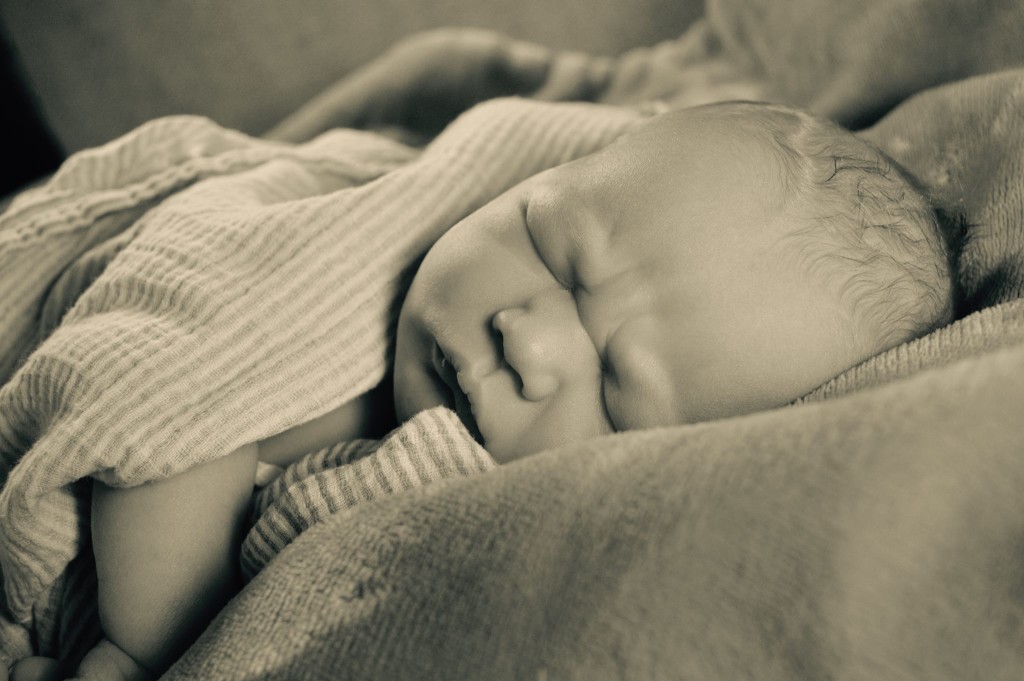 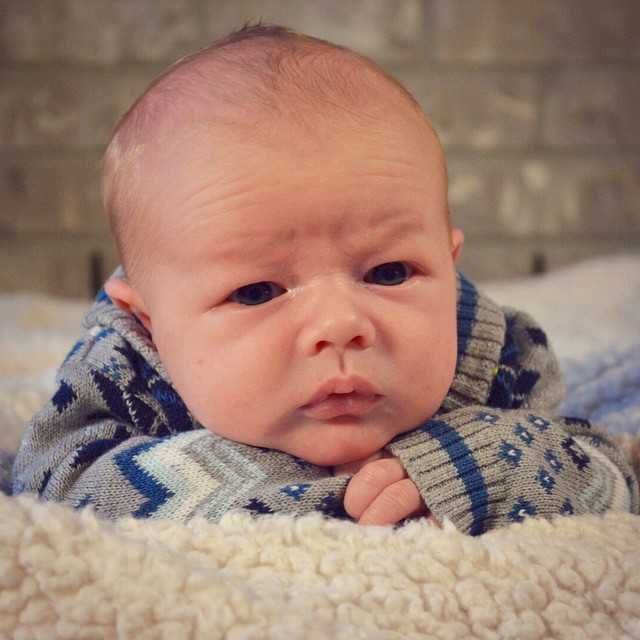 How the birth went

Here’s what I wrote in my journal two days after he was born:

Lacie woke me up around 3:00 a.m. Saturday morning and said we need to get the birth tub ready because she was having contractions. I said, “Did you call anyone yet?” And she said, “No. But that’s probably a good idea.”

So as she started to call her grandma (aka her midwife) I walked outside in the middle of the night (it was raining) and grabbed the birth tub from the back of the minivan. I brought it up to our bedroom and started inflating it.

Then I realized we didn’t have the right adapter to hook up the hose to the faucet in our bathroom. So I called Mary, who was on her way over by that time, and asked if she had an extra adapter at her house. She said no, but worst case scenario is we move the tub downstairs and hook it up to the washer and dryer water line.

I hung up the phone and tried to connect the hose to the bathtub faucet again… It wouldn’t stay connected on it’s own but I thought, ‘Hey, maybe we could get it to stay on there if we duct taped it.’

She got no argument from me (Life lesson to whoever reads this: NEVER argue with a pregnant woman… especially if it’s your wife!).

So I hauled the tub downstairs and set it up in the living room. Then I went to hook the hose up to the washer and dryer water line. As I looked at the hot and cold hookupsI thought, Well, I don’t want to scold her with hot water so I guess I’ll alternate temperatures and I’ll start with cold water.

When I told her that I hooked up the hose to the cold water she said, “Why would you do that?!”

Again, no argument from me. I just said, “I’ll switch it.” And she apologized for being upset.

Shortly after that Mary and Pita arrived and about 20 minutes after that Loretta arrived. I hopped in the tub with Lacie around 4:30 a.m. and watched my son be born underwater 18 minutes later. The cord was wrapped around his shoulder so Pita reached in to untangle it. He came out and cried louder than the girls did when they were born. He looked so cute and I was so happy that everything went well!

I cut the chord and then we went upstairs where we got to snuggle our new little baby boy! Ah, what a day!

Now our family is a family of 5! Praise God.